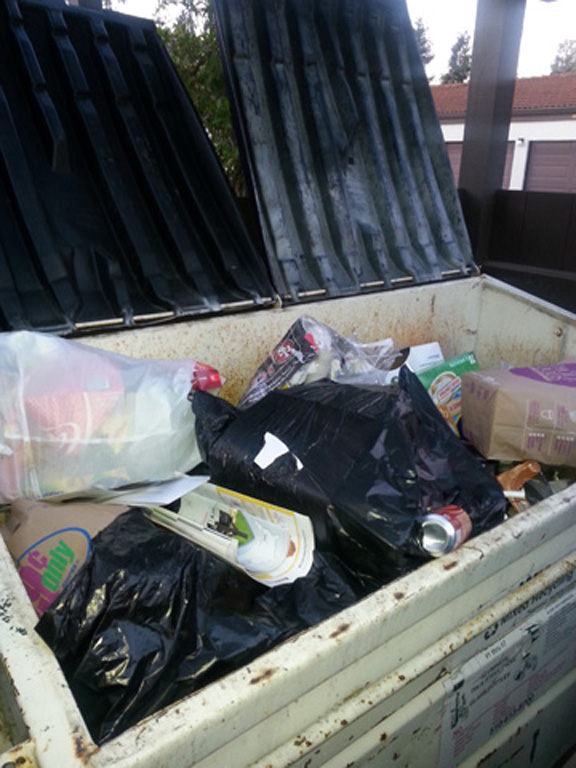 Why landfills? We have landfills,  trash  and global warming on our mind.

With horrifying images of large trash deposits floating in our oceans and observing trash and waste disposal habits of folks in the US and around the world, we’re horrified at the potential of our world becoming one giant dumpster. The featured picture on this blog, for example shows a bin for recycling (in the bay area) full of trash, demonstrating ignorance or oblivion on the part of the general public. The potential of possibly seeing Comrac McCarthy’s Road happen in our lifetimes is a scary thought at best.

A couple of years ago, through our local Rotary club, we really wanted to make an environmental difference. Having toyed with the idea of a bio-reactor landfill in the bay area, we thought perhaps we could at least start a conversation that could get folks thinking. The local bureaucracy and “naysayers” (active community members), thought otherwise.

So here’s a two part ode to the naysayers, this article is devoted strictly to the composition of a traditional landfill, cause surprisingly not many people know where their trash goes.

A typical landfill is just a large hole in the ground with synthetic and clay lining. The lining is followed by a geo fabric in an attempt to create a tight seal. Trash is deposited in the open hole, until a mound of contaminated debris forms. When trash decomposes, whether it is natural or man-made, methane gas is released into the atmosphere.  Even electronics, household cleaning products, bleach, toys etc. decompose at some point.  Methane has 72 times greater global warming potential than Carbon dioxide over a 20 year period. 100 kilograms of the gas is equivalent to the emissions generated by a car burning 235 gallons of gasoline. Methane is generated in landfills not just as waste decomposes but also in the treatment of wastewater. Landfills are the third largest source of Methane emissions in the United States. The gas also depletes oxygen from air and could possibly cause asphyxiation.

Besides, the obvious downside of Methane emissions from landfills,  all the liquid from decomposition in the trash mixes with the waste and produces leachate, which is a toxic concoction of everything people throw in the trash from their homes and businesses (yes think print shops, manufacturing facilities and construction waste). A typical landfill usually has a stormwater drainage system to collect rain water. There is a series of pipes that attempt to collect methane with the intent to vent or burn the gas. Majority of Methane escapes into the atmosphere, anyways. There is also a leachate collection system, which collects Leachate and dumps it into a leachate treatment pond. Liners at the bottom of any landfill go through wear and tear and leak, allowing unpredictable leachate to flow into groundwater and eventually potable water sources.

There are usually groundwater monitoring pipes around a landfill, sunk into the ground to sample and test water for the presence of leachate. An increase in groundwater temperature is usually a sign that there has been a leachate contamination, because temperature rises when solid waste decomposes. Also pH of the groundwater becomes acidic.

In short, landfills serve to just bury trash not break it down and by the very nature of uncontrolled trash decomposition, landfills lead to substantial environmental problems. Read our next blog about Bio-Reactors to learn about a possible alternative.