We were recently in New Orleans for the AIA convention and as much as we enjoyed the sessions at the convention, we were incredibly intrigued by the City that is New Orleans. As trained architects working in the bay area, we enjoy places and spaces that narrate a story, both literal and figurative. This is precisely the reason why people in general are drawn to historic places.

The city of New Orleans has some fantastical stories to offer, some recount tales of “Vampire” brothers, seen jumping off a third story balcony of their home in the french quarter. These Carter brothers were linked to several disappearances and were executed in the 1930s. There are other tales about the Ursuline Convent, and its window shutters, which are mysteriously shut during the day. 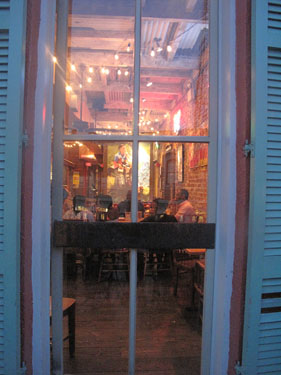 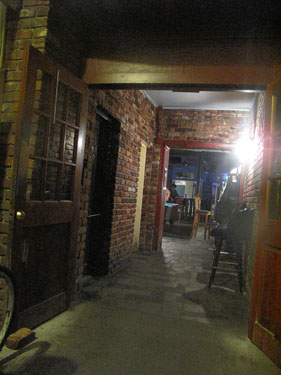 As frivolous as these stories are, some are even linked to historic events, they make the town and its buildings even more enchanting.  The night life was a great change coming from the bay area which offers music, food and more, till the sun comes out. New Orleans and its people are full of life, a walk down the street is laden with singing, laughter and music, besides the obvious visual treats of Art, Architecture and costumes.  Every where you turn in the french quarter a story unfolds, with significant French, Spanish and american folk  influences in the buildings, food and the faces.

We are greatly inspired by the mystery of a space that is created with a play of light and shadow, forms, colors and patterns.  The juxtaposition of different cultures, their sounds, the old and the new further add to the charm. 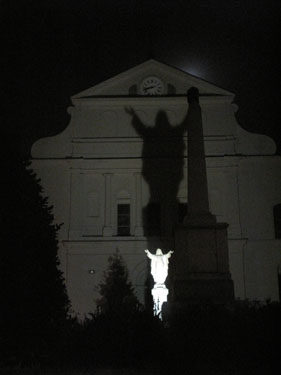 With all its history and a very alive French Quarter, New Orleans harbors the consequences of a very real disaster that affected hundreds of lives. In 2005 Hurricane Katrina, a category 5 hurricane killed almost 2000 people and destroyed thousands of homes and infrastructure. The lower ninth ward has of course, been affected by hurricanes in the past. In 1915, the area experienced the longest standing flood, parts flooded again in 1956 and then again in 1965. Just like San Francisco, bay area there is a history in New Orleans of urban planning,  toying with nature. Both areas need to learn from the historical impact of natural disasters and plan for future accordingly.

We did tour the lower ninth ward to look at the efforts of Harry Connick Jr. at the Musician’s village and Brad Pitt’s Make It Right Foundation. Musician’s Village in collaboration with Habitat for humanity is reaching out to musicians by giving them an opportunity to build their colorful homes and provides interest free mortgage for 20 years.

Make it right Foundation is working with Starchitects to donate affordable, sustainable homes with the intention to keep the construction cost of all projects under $150,000. These homes served as a highlight of the tour because of their experimental nature (in both formal exploration and sustainability). This area is a design utopia for architects and designers trying to find a solution to a very real problem while feeding their avantegarde side. It was also quite shocking to see how close the industrial canal levee is to the (lower ninth ward) homes.

The area was still tainted with FEMA and SPCA marks on the facades marking human and animal casualties. We also saw holes punched in the roofs by people desperately trying to escape during the flooding caused by Katrina.

This entire area serves as a great lesson for architects and planners, every where especially in San Francisco, bay area for disaster precaution and remedial solutions.