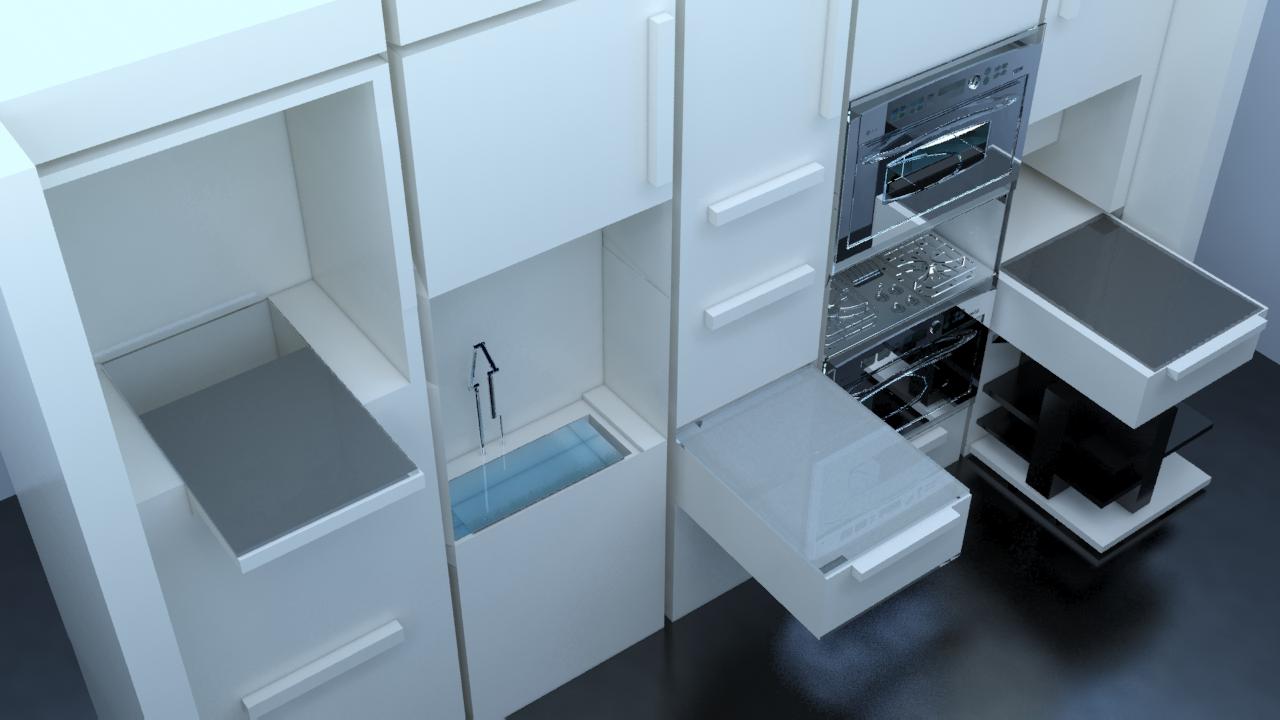 The kitchen as an all-in-one object was explored for a competition called “Design Jim’s Kitchen”.   Here are other examples that were submitted back in 2012. Winners for the competition were announced in 2012, the competition was meant to design a kitchen for Jim’s cramped NYC condo. Our proposal was an entire kitchen as an all-in-one object, not a space. The kitchen was designed to be housed in a partition wall, the whole kitchen was designed to be an object, with compartments and drawers that could be pulled out and closed after use including for cutting, storage, countertop surfaces, and of course equipment. We didn’t win the competition but we were quite proud of our innovative solution and therefore put it on our Facebook Page and Company’s Website in July of 2012.

Houzz, after sending multiple emails to the firm to sell their subscription plan to us and join the designer panel, without our permission added “Kitchen Wall” from hb+a Architects’ website and Facebook page and added the project to their platform as seen below: 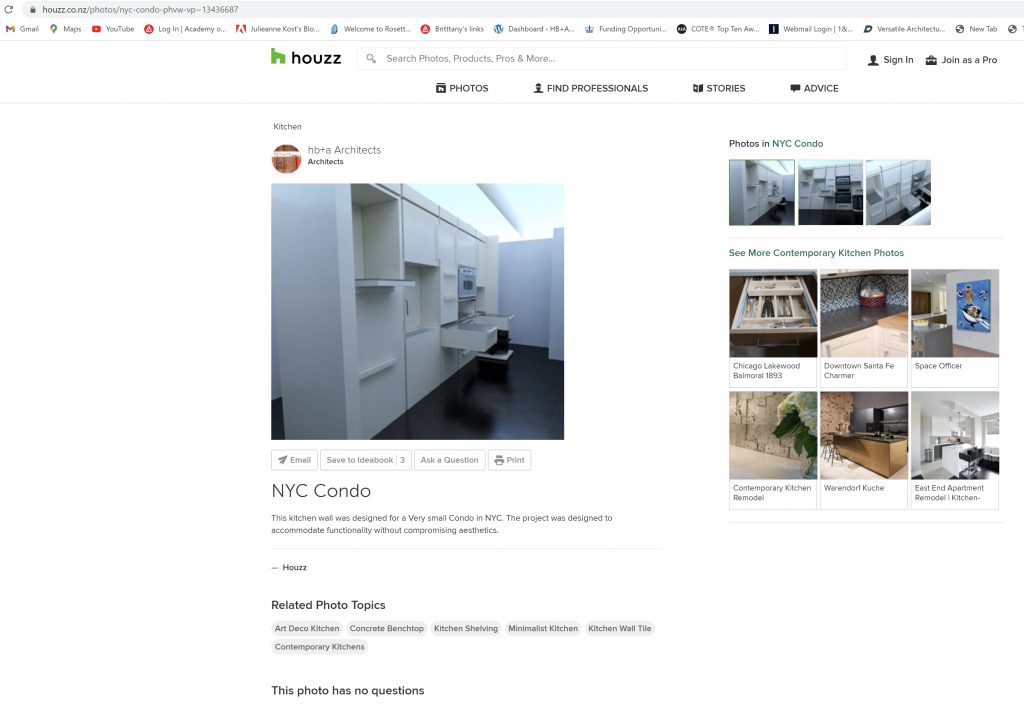 In 2020 a US vendor of Marrone and Mesubim contacted us on LinkedIn to share their newest kitchen and the likeness struck as too similar to not be a blatant copy. The owner of the company partnered with an Italian kitchen company to create their product. It is quite inspired by our Kitchen wall which they seem to have stumbled upon while doing their research on google and not on the design boards. And according to the article below, the owner has been working on this since 2014, (trying to cover their track, to avoid potential claims) – 2 years after the Kitchen wall was first revealed and Marone and Mesubim product looks too close to NOT be *inspired* by our kitchen wall. 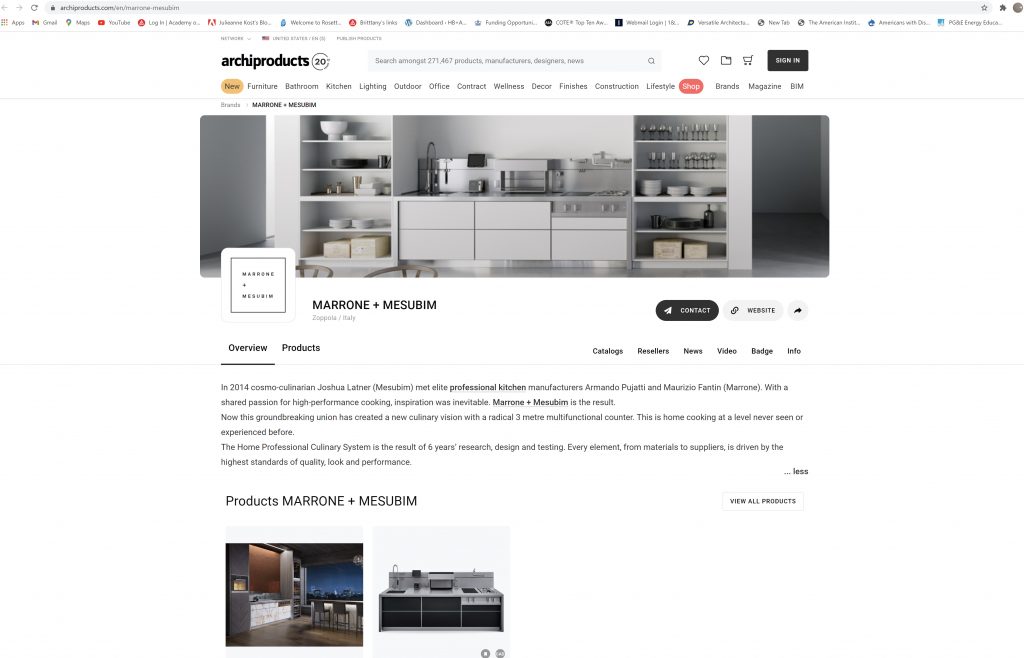 Other companies gaining traction from this model include:

Hinge System from Salice that closes the whole kitchen seems similar as well. Our kitchen wall wasn’t using hinges, more the push and pull drawers that we have custom-designed for our residential clients, including our Box Factory Project. Salice hinges have been patented since 1956 but it introduced its product for kitchens and bathrooms in 2019.

Hafele/Blum & Hettich have certain features for drawers that could be similar but aren’t, these are mostly drawer opening and closing solutions.

The kitchen wall as designed by hb+a Architects was always meant to present an all-in-one kitchen where the kitchen becomes an object that can be located anywhere and isn’t space anymore. hb+a Architects’ backbone is innovation and thinking outside the box, we do understand the firm should’ve pursued a design patent but this culture of using google for inspiration is killing any real creativity. Somebody will always come along who will blatantly copy ideas for short-term gain instead of spending time on testing and creating.